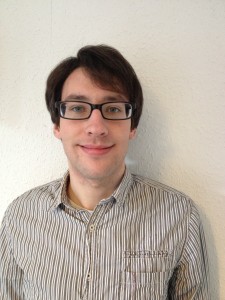 Joe Lines is a PhD student at Queen’s University Belfast. His research looks at Irish fiction from 1660-1790. Joe is a member of the Eighteenth-Century Ireland Society and will be speaking at the 2014 Annual Conference in Armagh.

Most exciting place or time in the eighteenth-century:
I feel compelled to say somewhere in Ireland! I’ll say Dublin in the 1750s, because a lot of original fiction is being published then that’s interesting for me, and you have things like the Money Bill Dispute happening too.

What eighteenth century figure would you most like to have a drink with:
I imagine that Frederick Hervey, the Earl-Bishop of Derry, would have been good company.

What’s so great about the eighteenth-century?
Its architecture and visual culture.

What will you be talking about at the ECIS Annual Conference 2014?
My PhD thesis looks at the figure of the rogue and the uses of the picaresque in early Irish fiction. So I’m looking both at criminal biographies, and at novels by authors including William Chaigneau, Thomas Amory and Charles Johnston. The paper will be about the criminal biographies, focusing on how this genre represents Irish nationality.