A few weeks ago, I went on the Women’s History tour of Glasnevin Cemetery. As expected, much of the focus was on early twentieth century Irish politics, but there was one grave of eighteenth-century interest that caught my attention.

This is a picture of the grave of Anne Devlin, now remembered as a nationalist and heroine. 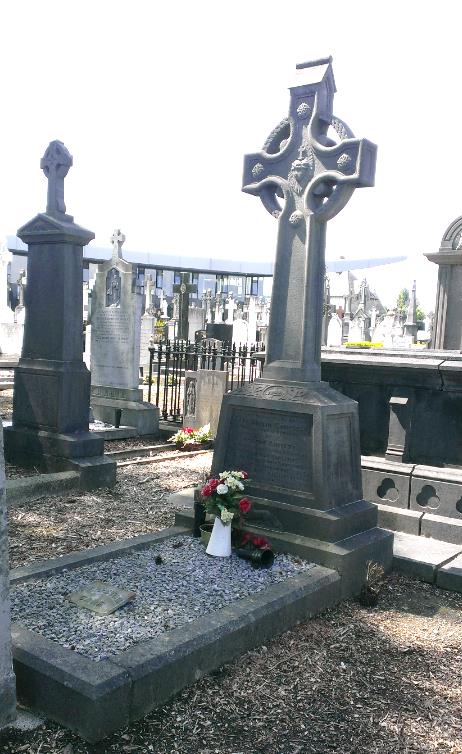 After Devlin’s death in 1851, the historian, Richard Robert Madden, had her remains moved to a more desirable part of the cemetery. He also paid for the erection of a headstone which was later replaced by the large Celtic cross pictured.

Some years before her death, Madden had searched for Devlin so that he could find out what had happened to Robert Emmet and others in the immediate aftermath of the United Irishmen rebellion of 1803.  At the time of the rebellion, Devlin was in her twenties and worked as Emmet’s housekeeper at Butterfield Lane, Rathfarnham.

Madden found Devlin living with her husband in John’s Lane in Dublin city. He described her as ‘a common washerwoman, living in a miserable hovel, utterly unnoticed by, and unknown, except among the poor of her own class’. Once he had found her, Madden was able to ask Devlin about the events that took place in the days after the rising.

She described how Emmet and others arrived at the house on Butterfield Lane and stayed there on the night of the 23 July 1803. The following night, they fled to the mountains and Devlin had carried messages and supplies to them. Emmet returned to Dublin a few days later, staying at Harold’s Cross. Meanwhile the house at Butterfield Lane was ransacked by a troop of yeomen and a magistrate…

As for Anne Devlin she was seized on when they first rushed in, as if they were going to tear down the house. She was kept below by three or four of the yeomen with their fixed bayonets pointed at her, and so close to her body that she could feel their points.

When the others came down she was examined. She said she knew nothing in the world about the gentleman, except that she was the servant maid, where they came from, and where they went to, she knew nothing about, and so long as her wages were paid she cared to know nothing else about them.

The magistrate pressed her to tell the truth, he threatened her with death if she did not tell; she persisted in asserting her total ignorance of Mr. Ellis’s [Emmet’s] acts and movements, and of those of all the other gentlemen. At length the magistrate gave the word to hang her, and she was dragged into the court yard to be executed. There was a common car there, they tilted up the shafts and fixed a rope from the back band that goes across the shafts, and while these preparations were making for her execution, the yeomen kept her standing against the wall of the house, prodding her with their bayonets in the arms and shoulders, till she was all over covered with blood, (a young woman then of about twenty-six years of age), and saying to her at every thrust of the bayonet, ‘Will you confess now; will you tell now where is Mr. Ellis?’ Her constant answer was ‘I have nothing to tell, I will tell nothing!!!’

The rope was at length put about her neck; she was dragged to the place where the car was converted into a gallows; she was placed over it, and the end of the rope was passed over the back-band. The question was put to her for the last time, ‘Will you confess where Mr. Ellis is?’ Her answer was, ‘You may murder me, you villains; but not one word about him will you ever get from me.’ She had just time to say, ‘The Lord Jesus have mercy on my soul,’ when a tremendous shout was raised by the yeomen: the rope was pulled by all of them, except those who held down the back part of the car, and in an instant, she was suspended by the neck. After she had been thus suspended for two or three minutes, her feet touched the ground, and a savage yell of laughter recalled her to her senses. The rope around her neck was loosened, and her life was spared: she was let off with a half hanging’.

Thereafter, Devlin was questioned again, offered money to give up Emmet, and committed to Kilmainham Gaol where she was kept in solitary confinement for refusing to give information. Meanwhile, Emmet was captured and executed for high treason.

You can find this account and more information on Devlin in Madden’s The life and times of Robert Emmet, Esq (1847) which is available to view and download in full from Google Books. The transcription above is from pp 178-80.

Aside from the monument at her grave in Glasnevin, I have now discovered from the wonderful Come Here To Me! blog that there is a LUAS Bridge named after Devlin at the Suir Road stop and that a mural was painted in her memory for the Liberties Festival in 2012. 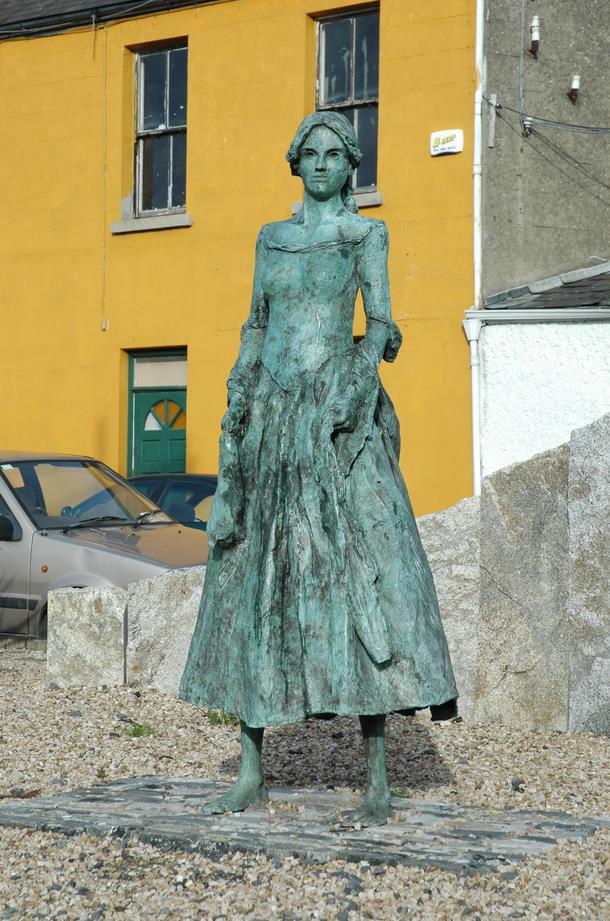 Still want to know more? If so, you can read an article about Anne Devlin’s later life by Elizabeth Malcolm on the History Ireland website here and those of you with access can read Malcolm’s entry on Devlin in the Dictionary of Irish Biography here.