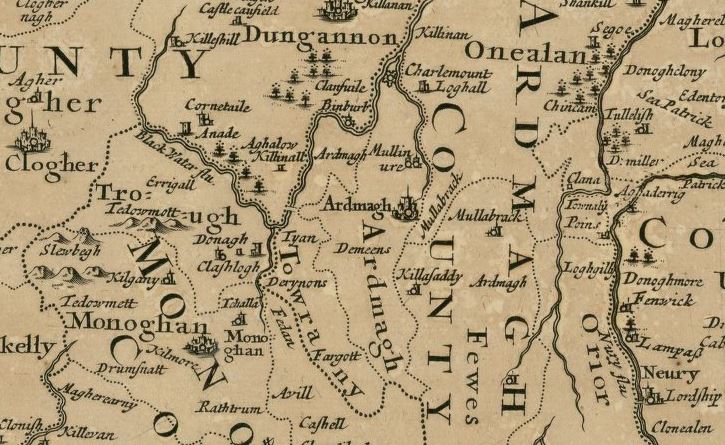 A post I put up a couple of weeks ago about John Rocque’s 1757 Survey of Dublin turned out to be quite popular, leading me to come to the conclusion that ECIS blog readers really like maps! As such, I thought I’d highlight an ECIS Annual Conference session on three exciting mapping projects that are underway at the moment…

Ivar McGrath will be talking about his IRC funded project that will map eighteenth-century residential army barracks in Ireland. This research project will reveal the wider social, economic, cultural and political impact of these institutions. Ivar was spotted doing some research in Armagh Public Library last week, so we can look forward to some insights on the barracks built in Armagh, as well as Ulster more generally.

Eamon O’Flaherty will be speaking about his efforts to complete a survey of all surviving municipal and borough records for the period before 1840. The results will be mapped and analysis of the content and location of these records will show patterns of control and ownership of towns, as well as evidence of urban life during the period.

Patrick Walsh is going to be talking about his work on the Irish tax burden in the eighteenth century. He will  be speaking about the role of the army as both beneficiaries and enforcers of Irish taxation, and places where people cooperated and resisted taxation. Patrick will be focussing on case studies from Armagh and south Ulster in his paper.

All of these projects will lead to online publication of the research data. The conference session is entitled ‘Mapping the Eighteenth-Century Irish State – Boroughs, Barracks and Taxation’ and will take place on Saturday, 7 June. If you are interested in attending, take a look at our Annual Conference page.

The image above is a detail of The Province of Ulster Surveyed By Sr. William Petty and is available to look at in high resolution on Gallica, here.